The Blooddoll Factory I and II 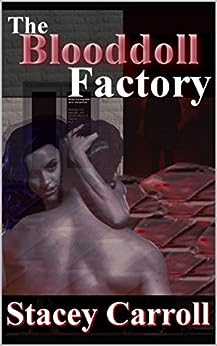 An unemployed male nurse lands a job at a reproductive clinic only to learn the babies he is helping to create are being sold to the local vampire population.​

After being unemployed for a year, William finally receives a call to come into Elite Surrogates and Adoption (ESA) for an interview. The sterile white interior does nothing for his confidence as he’s led to Sadie Jones' (HR manager’s) office where she proceeds to question him about his job experience and reproductive knowledge.

It all goes well in this paranormal medical romance until William realizes that he’s going to have to “perform” for the job. Fifty dollars an hour would help him catch up on his mortgage and get his wife to stop nagging him about the bills. However, using his own semen to propagate the reproductive cycle is more than a little weird. After considering the job and the busty HR manager, he agrees to continue the interview. 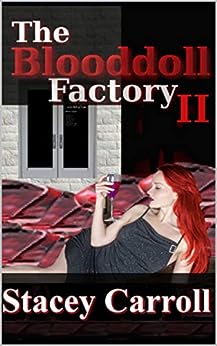 William Wilson is torn as a new clinic director (Kane Devonshire) takes over ESA and continues to sell babies as vampire food. While William doesn’t believe the vampire is worse than Blackwell, his Bonded just might be. The violent redhead has been known to attack every human she encounters. She’s unpredictable, dangerous and might just have to be put down along with Kane.

The only question is how. Kane immediately forced William, Sadie, Bill and Dr. Jones to drink his blood, and with a Sunday night meeting looming, William is certain everyone at ESA will have to drink vampire blood or risk being murdered. With everyone at ESA under the control of Kane, they either need to find a new untainted employee, or they must convince another vampire to kill Kane.

Writing and Editing Books on Amazon

Coffee Mugs for Writers on Amazon

Journals for Writers on Amazon

Tablets for Writers on Amazon